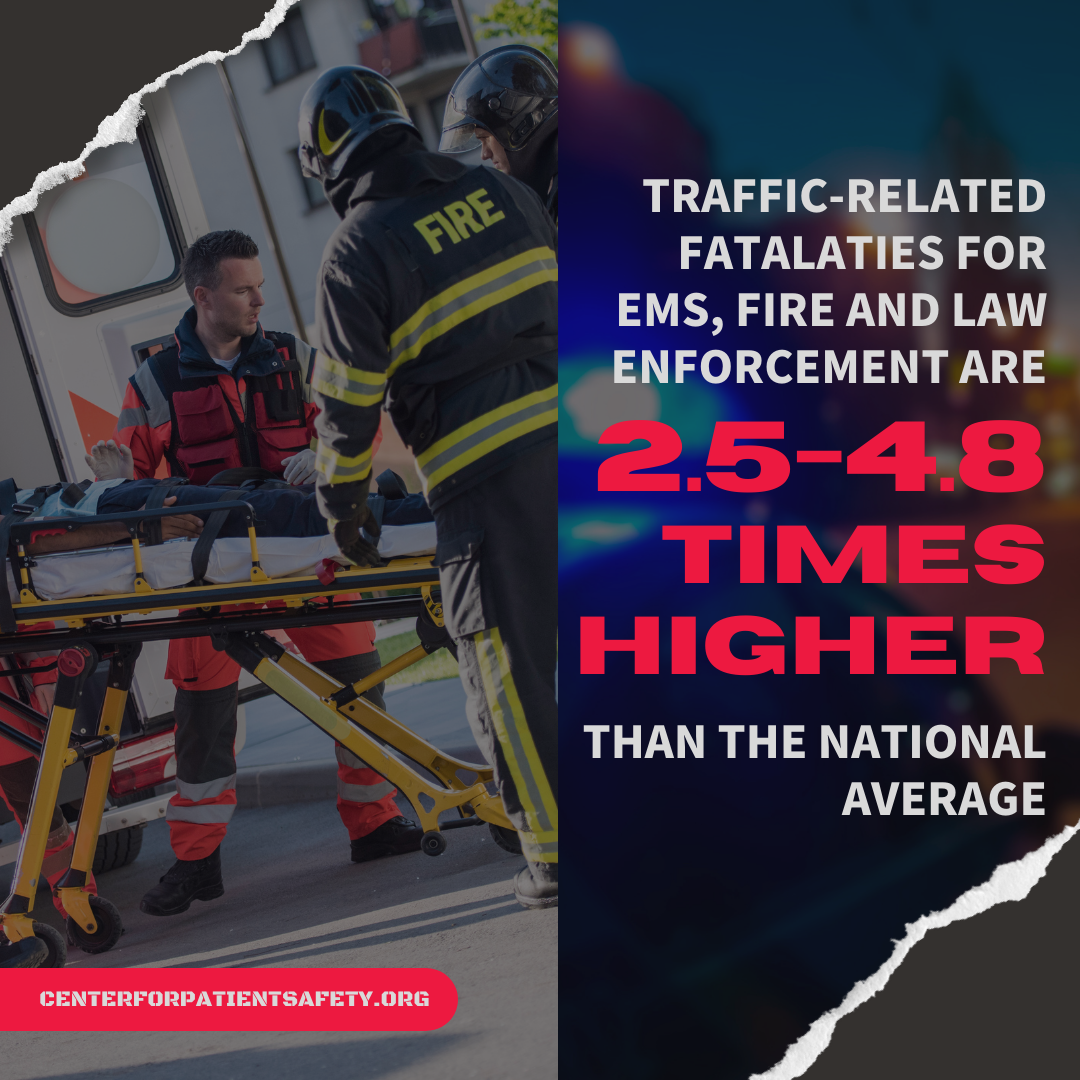 Collaborators on the project included most national EMS associations. The Center for Patient Safety has been honored to join them as a sponsoring organization for this important work.

In 2009, there were 1,579 ambulance crash injuries(2), and most EMS vehicle crashes occur when driving with lights and siren (L&S)(3). When compared with other similar-sized vehicles, ambulance crashes are more often at intersections, more often at traffic signals, and more often with multiple injuries, including 84% involving three or more people(4).

Traffic-related fatality rates for law enforcement officers, firefighters, and EMS practitioners are estimated to be 2.5 to 4.8 times higher than the national average among all occupations(7). In a recent survey of 675 EMS practitioners, 7.7% reported being involved in an EMS vehicle crash, with 100% of those occurring in clear weather and while using L&S. 80% reported a broadside strike as the type of MVC(8). Additionally, one survey found estimates of approximately four “wake effect” collisions (defined as collisions caused by, but not involving the L&S operating emergency vehicle) for every crash involving an emergency vehicle(9). 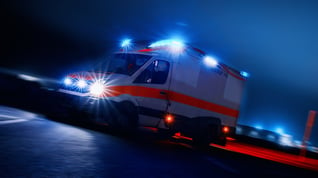 For EMS, the purpose of using L&S is to improve patient outcomes by decreasing the time to care at the scene or to arrival at a hospital for additional care, but only a small percentage of medical emergencies have better outcomes from L&S use. Over a dozen studies show that the average time saved with L&S response or transport ranges from 42 seconds to 3.8 minutes. Alternatively, L&S response increases the chance of an EMS vehicle crash by 50% and almost triples the chance of crash during patient transport (11). Emergency vehicle crashes cause delays to care and injuries to patients, EMS practitioners, and the public. These crashes also increase emergency vehicle resource use through the need for additional vehicle responses, have long-lasting effects on the reputation of an emergency organization, and increases stress and anxiety among emergency services personnel.

Despite these alarming statistics, L&S continue to be used in 74% of EMS responses, and 21.6% of EMS transports, with a wide variation in L&S use among agencies and among census districts in the United States (10).

Although L&S response is currently common to medical calls, few (6.9%) of these result in a potentially lifesaving intervention by emergency practitioners (12). Some agencies have used an evidence-based or quality improvement approach to reduce their use of L&S during responses to medical calls to 20-33%, without any discernable harmful effect on patient outcome. Additionally, many EMS agencies transport very few patients to the hospital with L&S.

Emergency medical dispatch (EMD) protocols have been proven to safely and effectively categorize requests for medical response by types of call and level of medical acuity and urgency. Emergency response agencies have successfully used these EMD categorizations to prioritize the calls that justify a L&S response. Physician medical oversight, formal quality improvement programs, and collaboration with responding emergency services agencies to understand outcomes is essential to effective, safe, consistent, and high-quality EMD.

The sponsoring organizations of this statement believe that the following principles should guide L&S use during emergency vehicle response to medical calls and initiatives to safely decrease the use of L&S when appropriate:

In most settings, L&S response or transport saves less than a few minutes during an emergency medical response, and there are few time-sensitive medical emergencies where an immediate intervention or treatment in those minutes is lifesaving. These time-sensitive emergencies can usually be identified through utilization of high-quality dispatcher call prioritization using approved EMD protocols. For many medical calls, a prompt response by EMS practitioners without L&S provides high-quality patient care without the risk of L&S-related crashes. EMS care is part of the much broader spectrum of acute health care, and efficiencies in the emergency department, operative, and hospital phases of care can compensate for any minutes lost with non-L&S response or transport. 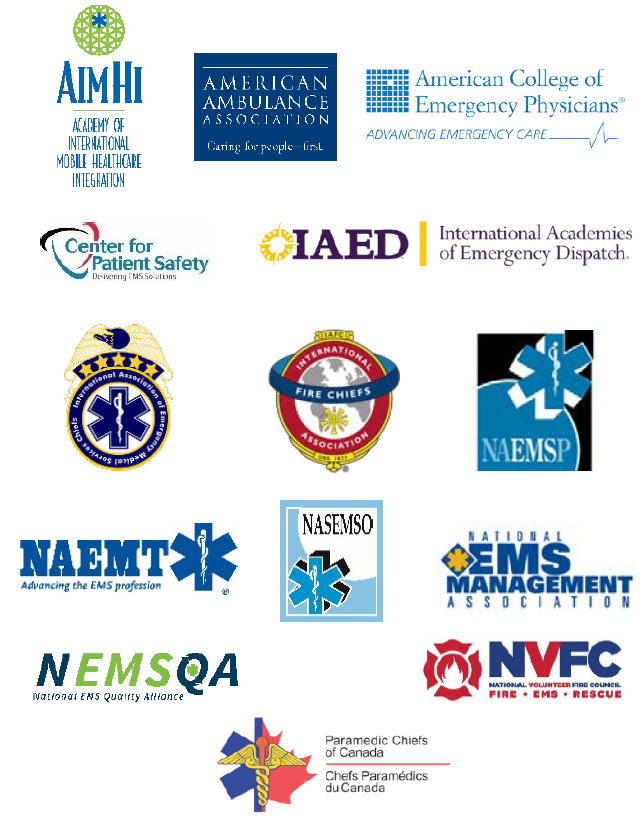 Let Verge Health and the Center for Patient Safety help you meet the January 1, 2017, CMS requirement with ease.